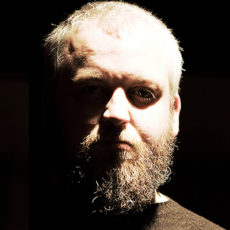 Prolyphic and Reanimator is the first Hip-Hop act that signed to Strange Famous Records.

Your favorite emcee fell off years ago, and since then rap music has been trying to sell you everything from SUVs to happy meals. Major labels rush to clone 2Pac’s DNA with increasingly lame results, while former prophets of rap cash in their chips to declare the art form “dead.” PROLYPHIC & REANIMATOR step into the wasteland with a fresh spark, a chip on their shoulder, and an edge sharp enough to scrape the make-up off with their debut LP, The Ugly Truth.

In 2005 Sage Francis initiated this marriage of beats and rhymes by connecting a multi-talented producer (Reanimator) in Chicago with a highly skilled lyricist (Prolyphic) from his hometown of Providence. Their unique talents and special ingredients simmered for 3 years, which mixed the best of both worlds. P&R became the first signed rapper/producer duo on the burgeoning Strange Famous Records label, and three years later the team has overcome great adversity to unleash their ugly truth on the pseudo-beautiful public.

Since his first homegrown release in 2000, Prolyphic has been an active fixture on the indie rap scene. His reputation as an unflinching writer and lyrical talent is hard-won. On The Ugly Truth, Prolyphic delivers the strongest work of his career; pointed, inspired vocals that expertly dissect the broken status-quo of our lives, our feelings, and our music. As an added bonus, his talent for catchy hooks and infectious wordplay make these blue collar anthems as entertaining as they are poignant. With “a film degree and no insurance…eyes darker than Clive Barker’s and Tim Burton’s,” two national tours under his belt and multiple self-released albums in his catalogue, there is no lack of experience or inspiration in Prolyphic’s verses.

Reanimator, the shadowy mastermind behind some of Sage Francis’ most beloved jams, provides a diverse musical landscape with enough peaks and valleys to keep even the most ADHD listeners glued to the speaker. Since first making his mark on Francis’ celebrated Personal Journals LP, Reanimator has developed a signature layering technique that has evolved with each subsequent Sage release. This is the kind of beat production you didn’t think existed in Hip-Hop anymore; interesting sample loops reminiscent of golden age hip-hop with additional live instrumentation that shows a mature understanding of solid music composition. Saluting the past while moving forward, The Ugly Truth marks the end of a 3 year production effort by Reanimator, the most complete realization of his work to date.

On the first single, “Artist Goes Pop,” Prolyphic focuses his scope on an unnamed figure of fallen artistic grace before letting the darts fly, but that’s not to say he is afraid of naming names. Many marked targets pass through Prolyphic’s verbal gauntlet during the course of the album, ranging from fellow musicians to ex-lovers to friends-turned-foes and…hell…he even turns the gun on himself. There is a stone cold acceptance of the doubled edged reality we all experience in Prolyphic’s rhymes, and as he explains on “Two Track Mind”: “It isn’t like the movies, you either save the world or the girl from the black hat…you can’t have both.”

This album is a dissection of personal and social maladies cushioned by the roller-coaster mood music of Reanimator. Vocal assistance provided by Sage Francis, Alias, Macromantics and B. Dolan. Throughout this ambitious effort, we are reminded that the emperor has no clothes, and that our collective daydreams are all falling apart. What’s left is a void that can only be filled by courageous artists; those who aren’t afraid to paint “The Ugly Truth.”