Official SFdigi Dope KNife T-SHIRTS & SNAPBACKS are now available from SFRstore!
Click here to check them out & cop yours.

Perhaps it was the euphoria of the first time he heard a rhyme collide with a beat. It may have been the gruesome civil war that touched his young life, and that war’s impact his family. Likely, it was the fusion of the two experiences that inspired a young Kedrick Mack to develop and refine his sound into what is now the intense, distinctive art of emcee/producer Dope KNife.

The latest video from #NEF is “Memory Hole”:

The album title refers to the year of Kedrick’s birth, the same year in which he fell into a water well in Sierra Leone. “I have a scar on the back of my skull from it,’ Mack explains. “How it happened became one of those stories that my mother would reveal to new acquaintances as they became friends. As a result, as an adult, for me, the story is like the last barrier of information I give a person as an affirmation of our relationship. If a person has known me long enough for me to tell them how I fell in a well as a baby, it’s a sign I’m opening up to them. ‘NineteenEightyFour’ is that last barrier for me as a musician.”

“NAME UP” was the first video from “NineteenEightyFour”!

The son of a US diplomat, Mack’s childhood was spent hopping around the globe in the course of his father’s work. Most of that travel was within the continent of Africa, including a residency in Liberia, his mother’s home country. Liberia’s civil war broke out, and while he and his immediate family were able to evacuate, his mother’s extended family were not so fortunate, leaving them to live amongst the chaos
of a decade-long conflict. He’d learn of his family’s tragedies and hardships through the tears on his mother’s face, an almost daily ritual that left him feeling isolated during his teen years. His discovery of music, and hip-hop in particular, gave him a way to reach out: he began to immerse himself in the culture, finding inspiration in artists as disparate as Rakim, Nine Inch Nails, and Ice-T. He began fronting a rap/rock band and spending time on the freestyle battle circuit from his new stomping grounds in Savannah, GA.  

Mack forged strong friendships through his foray into music, friendships which lead to the formation of a DIY record label that allowed him to release 2 full-length group LPs under the crew name Dope Sandwich. 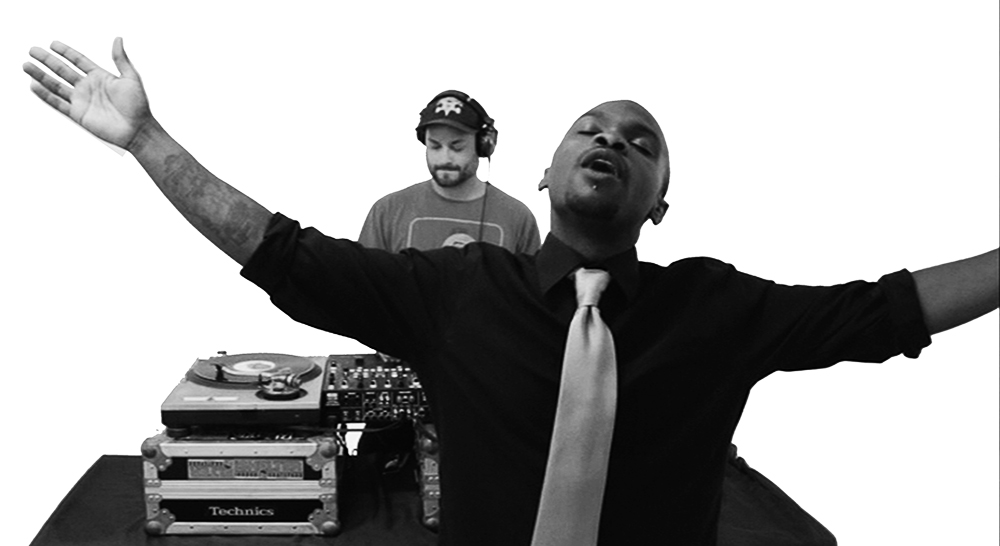 Remaining true to his collaborative roots, Mack invites a gang of indie emcees to contribute to “NineteenEightyFour”; rappers with whom he built a mutual respect over years of extensive touring appear on the posse cuts “#SQUADGOHARD” and “Tombstone”. KNife uses the solo album format to display his sharp wit and a knack for social commentary, and to explore heavier subject matter and experiment with his own music production. Moments of note include the first single, “Name Up”, and the introductory mission statement “Nothing To Lose”. Strange Famous label boss Sage Francis makes an appearance on “Cult Personality”, and indie rap troubadour Ceschi pops up on “Fear and Loathing”.

Check out “Nothing To Lose”, the first song from “NineteenEightyFour”!

“NineteenEightyFour” is available now at all digital retailers via SFdigi, and on exclusive limited edition CD + 7″ records at www.StrangeFamous.com

I only wish that we had encountered more opportunities to sit and talk. I'm quite sure that I am going to love this album as I learn more about you through your craft. I've always love you Mack and always will. Congratulations on this and ALL future endeavors.

Can't wait to hear this album...

JESSE THE TREE joins the SFR roster & teams with MOPES on PIGEON MAN!